Norway: Fire deaths are not random

In the Brandposten magazine number 57 a very interesting study from RISE Fire research in Trondheim is presented.

This study shows the same pattern as many previous studies and statistics. People die on their own (1,1 victim per fire), younger people (up to retirement age) often die of fire when there is smoking and abuse (drugs, alcohol, medicin) involved. For the elder victims there are several other factors such as mental and physical disorders. Such factors (dementia, impaired mobility and so on) make them more pron to cause and less able to handle dangerous situations. Read the full article by Christian Sesseng and Anne-Steen Hansen. 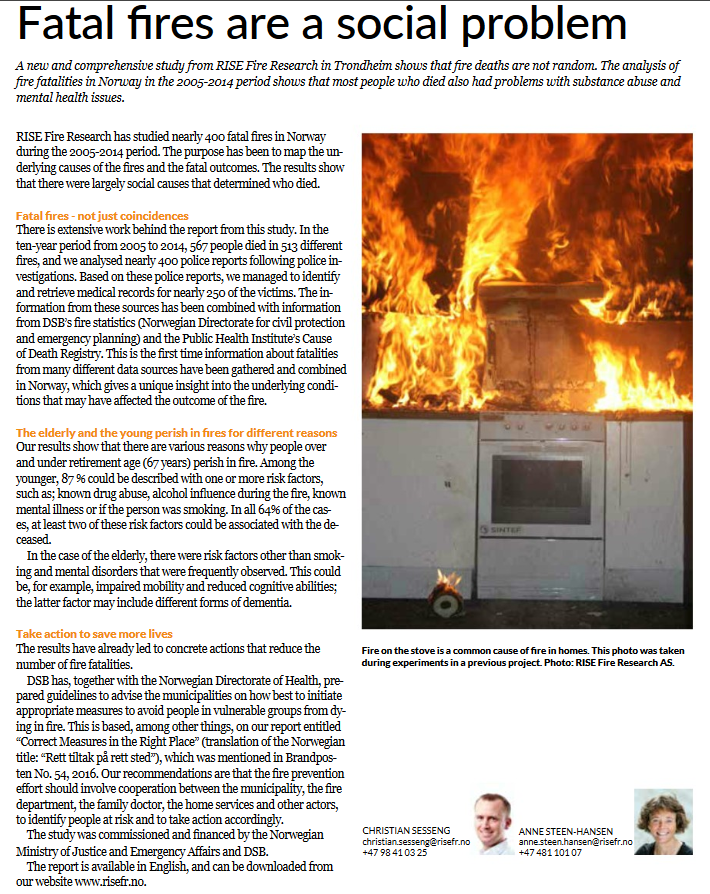